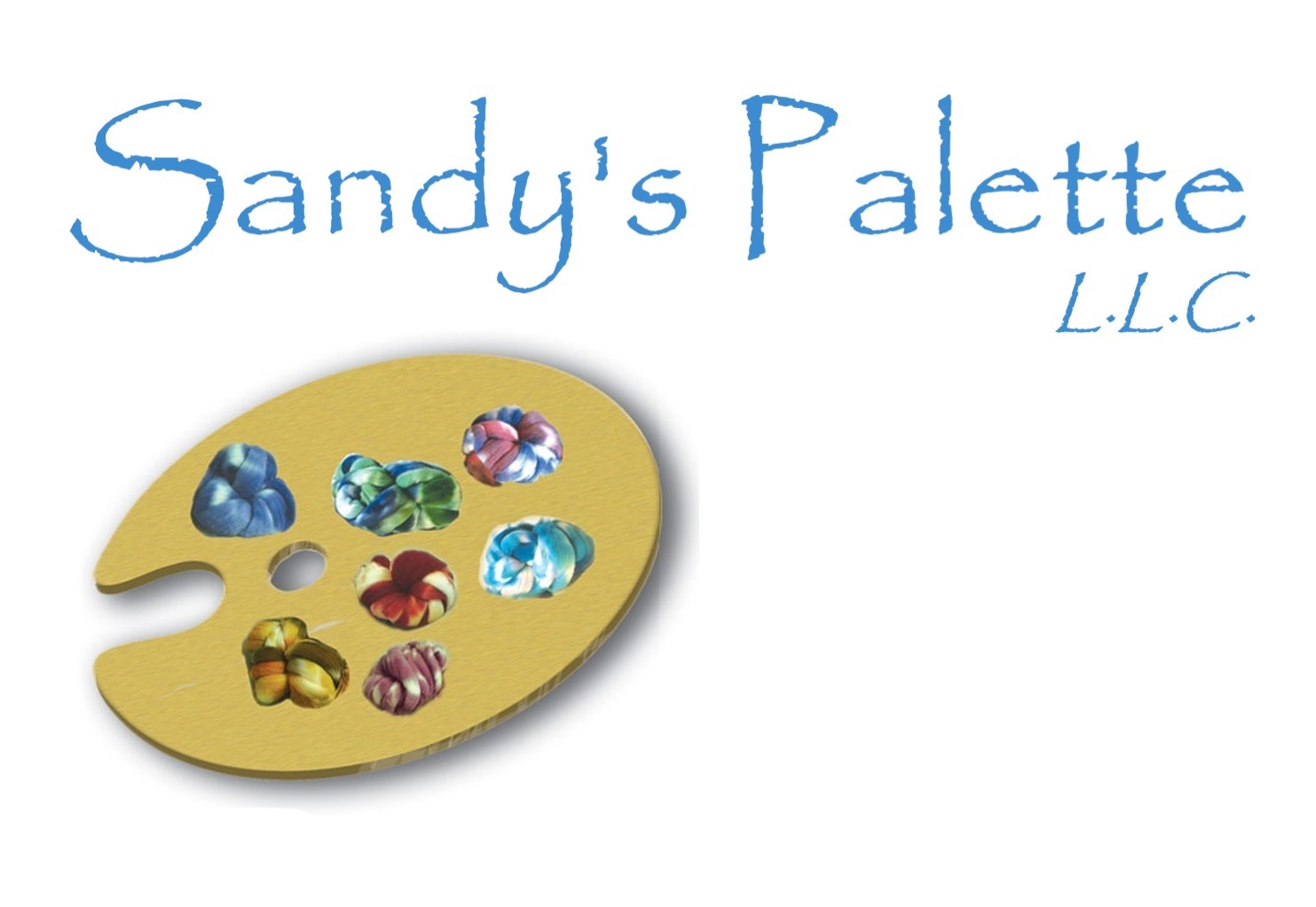 Sandy’s Palette, LLC was started in September, 2001 from my basement laundry room in Madison, WI where I dyed the first yarn and fiber I would offer for sale. When I decided to move to Mineral Point I picked a house that would have space for a real dye studio.

My love of spinning and dyeing was a natural extension of my love for knitting and other needlework. Family legend has it that at the age of four I pestered the neighbor into teaching me how to knit. I’ve been knitting on and off ever since. Spinning came later, January 1999 I asked a friend if she wanted to take a spinning class. Since she had just inherited her grandmother’s wheel the answer was a resounding “Yes!” Six months later I took my first dye class, and the rest is history.

Sandy’s Palette offers a variety of yarn weights, plus many fibers, including Alpaca, Merino and Merino blends, Romney, Rambouillet and Coopworth. Also offered are mohair locks, Firestar blending fiber, dye and other fun.